So how did Hoffman establish itself as a leader in the steel fabrication industry?

In the early 1990’s Hoffmann had a need to expand its capabilities to include fabrication of steel components. Components such as steel openings, ladders and platforms, and handrail were being fabricated for use in Hoffmann concrete construction products. Since 1986, Hoffmann has been providing industrial steel stacks, which was a natural fit into the steel fabrication marketplace.

Hoffmann, Inc. can offer your company the “One Contractor Advantage”. Our steel fabrication team can take your steel projects from start to finish by providing engineering and design, custom steel fabrication and assembly or erection/installation services throughout the continental United States.

Taking Your Ideas and Fabricating Them to Work for You

Call or contact us today to learn how we can help. For more Hoffmann history, visit Hoffmann Inc. 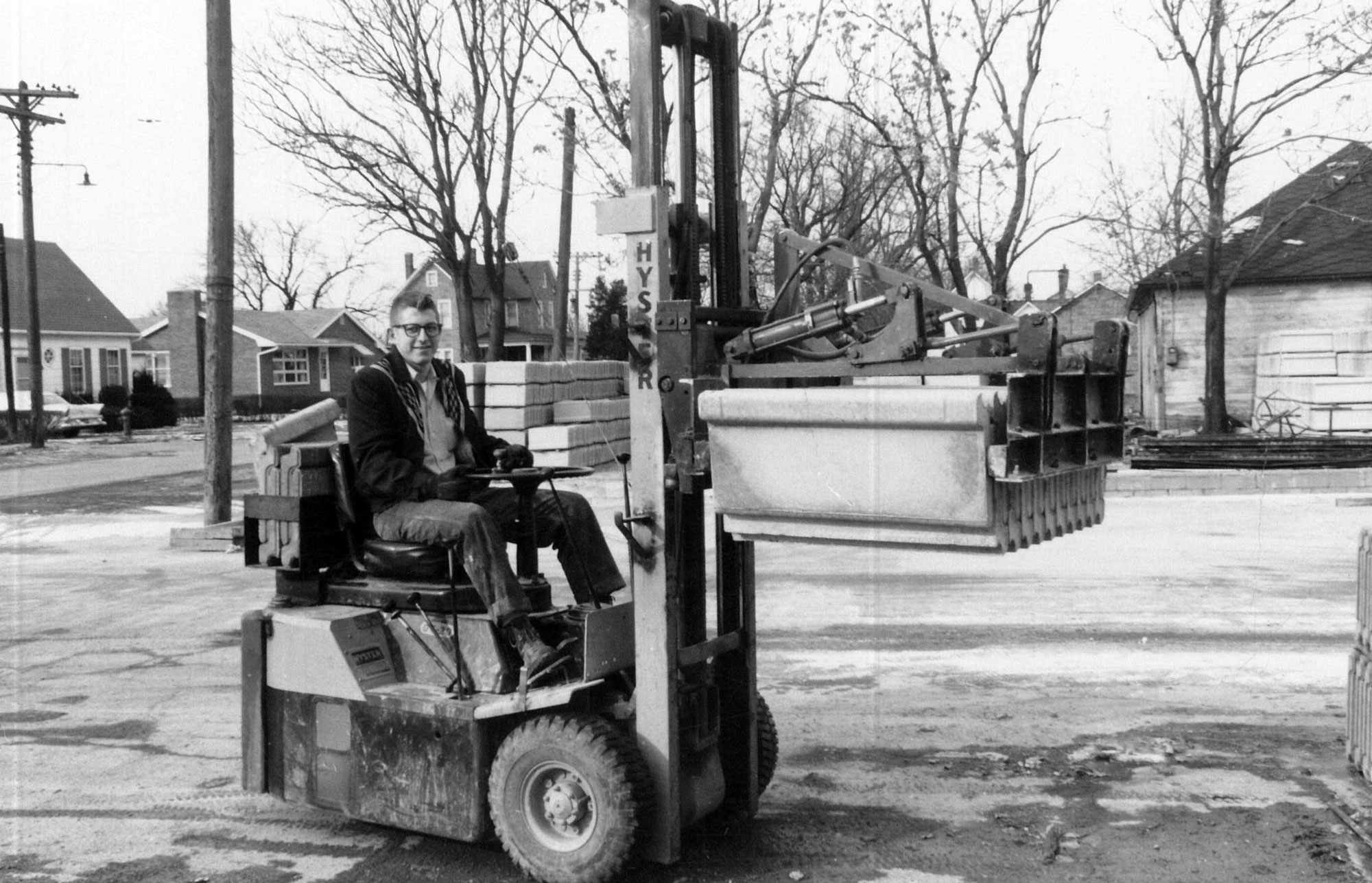 A poster hangs in Hoffmann’s Muscatine office that points to the history of its founder, S.J. Hoffmann. The advertising poster from 1914 bears S.J.’s name and picture denoting him as one of three stakeholders in the Cement Stave Silo Co. of Peoria in Illinois. During the construction boom that followed the end of World War 2, Hoffmann’s entrepreneurial spirit led him to form, S.J. Hoffmann & Sons in Cissna Park, Illinois with his two sons, Wayne and Kenneth, and his son-in-law, Bill Reed. S.J. Hoffmann & Sons was a franchise dealership. It was Wayne and Kenny’s job to sell storage to farmers in their territory of Cissna Park and north to Kankakee, Illinois.

Then in 1951, S.J. and his sons expanded the franchise to Muscatine, Iowa and began renting a facility on Stewart Road to make silo staves. For a few years, Wayne and Kenny commuted between Cissna Park and the Muscatine plant until it became too taxing on them and their families. A few years later, Kenny and his wife, Betty, permanently moved from Cissna Park to Muscatine as owners of the Muscatine-based operation and expanded his father’s vision of providing concrete stave silos to the farm community for silage storage. S.J. likely had no idea that his family-owned business and entrepreneurial spirit would still be thriving today.

During this same time, S.J.’s grandson, Larry Emmert began making cement staves in his grandfather’s factory when he was 14. Larry’s father passed away unexpectedly when he was 12 years old and he began working in his grandfather’s silo business after school and during the summer months to help support his mother and younger sister. After graduating high school, he opted not to attend college but instead began working full time at S.J. Hoffmann & Sons in Cissna Park, Illinois. He quickly rose from laborer to foreman of a 4 man crew building farm silos in Illinois and Indiana.

Larry’s uncle, Kenneth Hoffmann, owned the sister company in Muscatine, Iowa, and together with his partner, Sam Yergler, they made Larry an offer to move to Muscatine and work for them. Newly married, he and his wife, Sue, moved to Muscatine where he continued working in construction, but he soon transitioned into sales for the company. After a plane crash took the life of his Uncle Kenny in the early 70’s, Larry found himself with an opportunity to purchase a portion of the business.

For six years, Larry and Sam were partners of S.J. Hoffmann, each owning 50% of the business. When Sam wanted to retire, Larry bought his share of the business. Soon after he became sole owner of the business the farm recession of 1981 hit, he and the company fell on hard times. But he did not intend to let this recession take him down, so he went on the road selling larger diameter grain storage to grain cooperatives. That year Larry sold four large projects and managed each project to save his business.

After the struggles in the farm market, Larry realized that the key to success was a diverse product line and customer base. The cyclical nature of the commercial grain market would require him to look for work in other industries which could utilize upright storage, like coal, ash, limestone, wood and other commodities.

In the mid 1980’s, Hoffmann Silos started constructing concrete chimneys for power generating facilities as well. To keep up with the demands for constructing silos and chimneys, Larry built another silo building rig and purchased four additional rigs from silo businesses that had gone out of business. Mr. Emmert also bought some slipform equipment from a company in Des Moines which enabled them to construct square and rectangular stair towers in the boiler buildings of paper mills.

As Larry continued to expand his business, he recognized the advantages of supplying the fabricated steel components required for Hoffmann’s silo and chimney projects. In 1990, he began fabricating out of a small bay in their maintenance building. But by 1993, construction had begun on a 15,000 square feet fabrication facility to provide products for Hoffmann projects as well as for outside customers. Then in 2004, Hoffmann built a 30,000 square feet addition to their fab shop which includes a blast shop and paint booth.

Later that year, Larry was approached about buying Wolf and Associates, a small engineering firm specializing in the design and supply of equipment to handle bulk materials, especially wood chips and wood waste. Located in Elk River, Minnesota and renamed Wolf Material Handling Systems, the firm had little business, but it had a substantial backlog of potential projects. After struggling for a few years, they finally negotiated a contract to design and supply the fuel yard equipment on the largest wood-fired power plant in the United States.

Many of Wolf’s larger projects include truck dumpers and receiving hoppers. In the spring of 2010, Larry, along with his children, Andrew and Kristin (minority owners) purchased a small truck dumper company which was going out of business in Roseville, Minnesota. This company, Air-O-Flex Equipment Co., had a spare parts business, but had not sold a new truck dumper for 5 years. A week after the purchase agreement was signed, Airoflex Equipment sold two truck dumpers and it continued to grow.

Diversification proved to be so vital to the company’s longevity and success. If Larry hadn’t accepted change and sought new ideas Hoffmann wouldn’t be here today. Hindsight is 20/20, but it takes vision and faith in the quality of your products to diversify successfully.
Larry Emmert, grandson of founder S.J. Hoffmann, has provided leadership through good times and bad and was the driving force behind Hoffmann, Inc.’s survival and success for over 50 years. 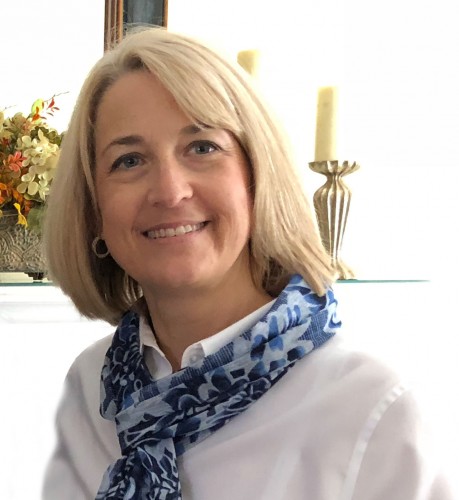 “I have a great example of leadership from my father and outstanding support from our project and department managers, so Hoffmann is poised to continue its legacy well into the future,” Kris states with confidence.

Kristin (Emmert) Lee, daughter of Larry and Sue Emmert, is the current owner and President of Hoffmann, Inc. and a fourth generation of family owners. Kristin (Kris) worked for the family business during weekends, summers and breaks while attending the University of Iowa. After graduation, Kris received two job offers, one was from her father, Larry, to be the receptionist at Hoffmann. Kris accepted her father’s offer and quickly learned that this position allowed her to read and type all the company’s sales proposals, contracts, customer correspondence, and many other business documents. These documents, and all the information they contained, gave Kris a unique insight into the core of her families’ business operation. Since that starting position with the company, Kris strived to enhance her skill set through years working in accounting, safety, human resources, project management, business development and operations management. “All of these past jobs and experiences allowed me to gain a better insight into the day to day needs of the company and our customers,” Kris explains.

Larry transitioned ownership of the company to his daughter, Kris, and son, Andy in 2012. Together they managed the four divisions of the company (Concrete Silo and Chimney Construction, Steel Fabrication and Industrial Services, Wolf Material Handling Systems, and Airoflex Equipment) through 2015. It was in December 2015 that Kris became sole owner and President of Hoffmann, Inc.
What is the reason for Hoffmann’s longevity? Kris believes it’s because she and her family trust in God and Christian principles, take risks when necessary, strive to always provide a quality product and hire great, hard-working people! Given the fact that nearly 50% of the company’s business comes from repeat customers, it’s clear that Hoffmann’s employees place a high value on customer relationships – some of which span more than 30 years.

At the end of the day, however, the company’s strategy for success is fairly simple: offer quality products at a competitive price, provide a safe work environment, deliver on time, and treat customers with respect.